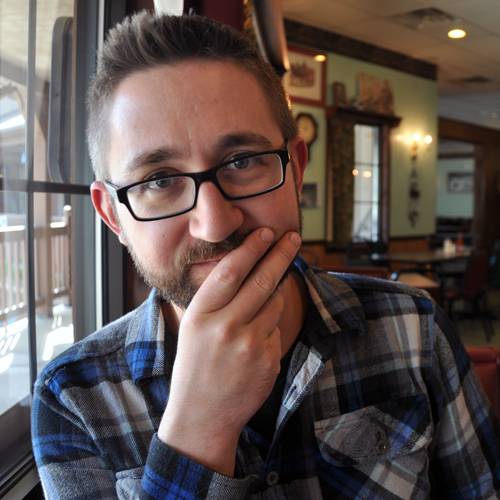 I’ve been thinking a lot about interns recently.

Specifically, the word “intern” and what it implies.

In my role, leading the news apps and technology team at the Investigative News Network, I don’t particularly like to have to specify that our internships are paid positions (I believe very strongly that all internships should be paid, see the afterword below).

I also see a lot of resumes from recent grads on their 4th or 5th internship and that makes me wonder…why is one not enough? Are times really so tough that the only career path available to recent grads is to hop from one internship to another, sometimes for years after school?

I understand that sometimes more than one internship may be helpful or necessary to get a variety of professional experience and “try out” different situations to see what might feel like the best fit.

But I can’t help but think that perhaps, at least in the majority of cases, there’s something wrong with internships as they exist now.

Maybe they don’t really teach the skills recent grads need to enter the workplace and be successful. Or maybe it’s that many places where students or recent grads intern are simply looking for cheap (or, too often, free) labor and don’t create a situation where proper mentor/mentee relationships have time to develop (and/or they don’t help their staff to be effective mentors by providing the training, structure and time to ensure they will be successful in this role).
So what can we do about it? I have a few ideas. But I’d like to start by considering the words we use.

Which of the following definitions feels best to you:

A) A person appointed to a position granting a stipend and allowing for advanced study or research.
B) A student or trainee who works, sometimes without pay, at a trade or occupation in order to gain work experience.
C) A person who learns a job or skill by working for a fixed period of time for someone who is very good at that job or skill.

(In case you’re wondering: A) fellow, B) intern, C) apprentice)

Or even backing up further, the roots of these words:

Both “apprentice” and “fellow” feel better to me than “intern” because at least they imply that the position is paid (they also both lose some of the baggage associated with even using the word “intern”).

But apprentice feels best of all. I like the focus on learning, the fact that it is intended to be of limited duration, paid, to learn a craft from masters of that craft with the expectation that they’ll leave ready to start their own workshop (or, in our case, at least find gainful employment).

So this is why I’m leaning towards abolishing the use of “interns” and instead hiring “apprentices”.

Even metaphorically, whether you’re building digital or physical things, the master/apprentice relationship conjures a vision of a studio or workshop where apprentices help to build beautiful things and learn their craft by making meaningful, substantial contributions to projects while working alongside master craftspeople.

This feels much better to me than the associations the word “intern” calls to mind.

Of course choosing a different word is not nearly enough, we need to create apprenticeship programs that allow the “masters” to devote the time and attention necessary to help apprentices learn our craft (at least all of the parts they don’t learn in school).

This likely means that apprenticeship programs would be longer than internships (a year feels better to me than a summer or semester) and that the company would invest a not insignificant amount of time and money in enabling their master craftspeople to form close relationships with apprentices and impart the knowledge they’ve gained through their experience rather than just assign work to be done.

In my opinion, the investment is worthwhile because the apprentices would make a stronger contribution to the company during their time with us and in the process, our investing in them will help them be ready to take the next step in their career, either with our companies or at least leave them fully prepared to enter the workplace.

(Credit where credit is due, Apprentice is not a new term (obviously) and I most recently stumbled across it in this usage by Upstatement, a fine Boston-based design studio).

Bonus! Why You Should Pay Your Interns (err…apprentices)